I recently had the pleasure of interviewing power couple Gary Kordan (Emmy-nominated production designer of Key & Peele, also designed Workaholics, Just Add Magic and Fox’s recent hit, Ghosted) and Justine Ungaro (photographer), regarding their new studio, MUSE.  They founded it in Los Angeles, specifically Studio City, for the local and booming creative arts community. Both Justine Ungaro & Gary Kordan own and operate MUSE. Justine has been working as a photographer for the past 15 years and has been operating her studio from a storefront space in Studio City since 2011. In 2016 when the business next door closed its doors, she saw a unique opportunity not only to expand her available shooting space but also to offer a new resource to the local creative community.

As with most other big decisions, Justine needed about 5 minutes to convince herself that it needed to happen. With her production designer husband Gary on board, the two set out to design and build out a space that was both beautiful and minimal, with a scandinavian-inspired aesthetic. A space that could easily be transformed for nearly any kind of small event, workshop, photo shoot, pop-up shop or entertainment industry filming.

​The couple adopted the mantra #WEWEARBLACK as a symbol of the creative community they are a part of. It also serves as the name of their company, We Wear Black, Inc. under which the Muse brand is held. When you visit Muse, you’ll also see this as a design element in the form of a large neon sign.

What is the main mission of Muse?

What was it about this space that lead you to set up shop?

Do any of the shows Gary works on influence this space?

In what way do you see Muse impacting the creative arts community?

Where did the name We Wear Black derive from?

In your words, how would you describe the aesthetic of Muse?

Scroll through to see the rest of their amazing space and samples of the events that are thrown here.

For more about Muse, or to book your own creative event visit the Muse site.

Success! Now check your email to confirm your subscription.

The Work of Charlotte Fequet

Modern Lantern In My Home

Nebia 2.0 is the best Shower Experience

Interior stylist, Kirsten Grove, has always had a passion for interior design since she was nine years old. MORE 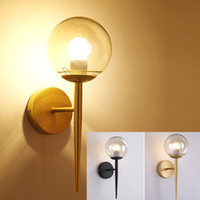